‘On Being’ host Krista Tippett to speak Nov. 7 on mystery in our busy world 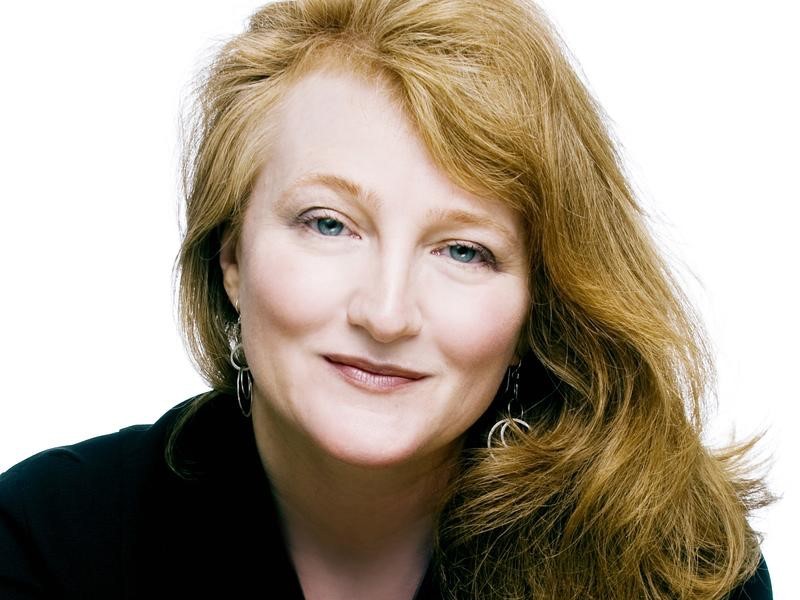 Krista Tippett, host of the national American Public Media show, "On Being," will speak as part of the Tanner Talks series at 7 p.m. Nov. 7.

Utah State University English Professor Michael Sowder is a poet, a yogi and “a long-time student of  the contemplative religions of the world.”

So when he was introduced in 2003 to American Public Media radio host Krista Tippett and her weekly broadcast, then called “On Faith,” he became a committed follower.

“I’ve been a fan of the show for 15 years,” Sowder says. “She’s just so awesome. She interviews so many ‘thought leaders,’ as she calls them —  religious figures, physicists, biologists, musicians. It’s just an incredible range.”

That’s why a special anticipation for the upcoming visit to the USU campus and a public lecture by Tippett. She will speak on “Mystery and the Art of Living” at  7 p.m. Wednesday, Nov. 7. The public and students are invited to the free presentation in the Eccles Conference Center auditorium.

The lecture will be followed by a reception and book-signing. Copies of her books, including the most recent, “Becoming Wise” (Penguin, 2016),” will be available for sale.

The Tippett lecture is part of the Tanner Talks series in the College of Humanities and Social Sciences. Additional sponsors are Utah Humanities and the Department of English.

Tippett has since renamed her weekly show to “On Being.” It airs weekly on Utah Public Radio (FM 91.5 or streaming at UPR.org) at 6 p.m. Sundays. The name change represents a shift of focus from an emphasis on religions to more inclusive spiritual matters, said Sowder.

Tippett brings with her a lifetime of experience that earned her the National Humanities Medal, conferred in 2014 by President Obama. Earlier in her career, she wrote for such newspapers as the New York Times and served as a chief aide to the U.S. ambassador to West Germany.

She earned her Master of Divinity from Yale University and in 2001 launched her radio program at Minnesota Public Radio; it went national in 2003. She’s since earned  a Peabody Award for her broadcast work, as well as three Webby Awards. Her 2010 book, “Einstein’s God,” was a New York Times bestseller.

Sowder appreciates Tippett’s focus on mystery -- a sense of unknowing and seeking that he seeks to share with students both in English and in Religious Studies where he’s also part of the faculty. “I think there’s an element of mystery we don’t really understand about how the universe works fundamentally,” said Sowder, “We try to find understanding through science, through art, through religion.’”

Our contemporary times are marked by a heightened search for meaning — the product, he says, of decades of world events that caused the “demise of all the traditional, comforting kinds of ideas that used to exist.”

Freud “brought us all these scary ideas of childhood,” he said. Marx pronounced a class struggle. “World wars, the Holocaust, a lot of things made humanity feel that the philosophical, religious ground was no longer stable,” he said.

The current immediacy of news also affects us, he said. There’s a world of difference in hearing about earthquake victims in Indonesia or the genocide of the Muslim Rohingya in Myanmar, and seeing it in four-color brilliance. “The world gets smaller and we’re so inundated with the world’s suffering,” he said.

Tippett can offer some answers and direction, he said. “People like Krista are always trying to bring these individuals and thought leaders who can take us deeper.”

For instance, an interview with cellist Yo Yo Ma “helps us tap into a different kind of knowledge and understanding than regular conceptual knowledge. When we listen to a symphony or Yo-Yo Ma play, we get something out of that that you can’t really quantify or pin down with words. It’s a depth of experience.

“I think all the people who come on her show are trying to understand how to be in the world with each other.”

Sowder believes there’s sense of understanding that USU can share with the world-traveling broadcaster and author. This will be Tippett’s first-ever visit to Utah. “That’s one reason she decided to come,” he said. “And we have a unique religious culture here that she hasn’t had much exposure to. I think it’s going to be really awesome.”