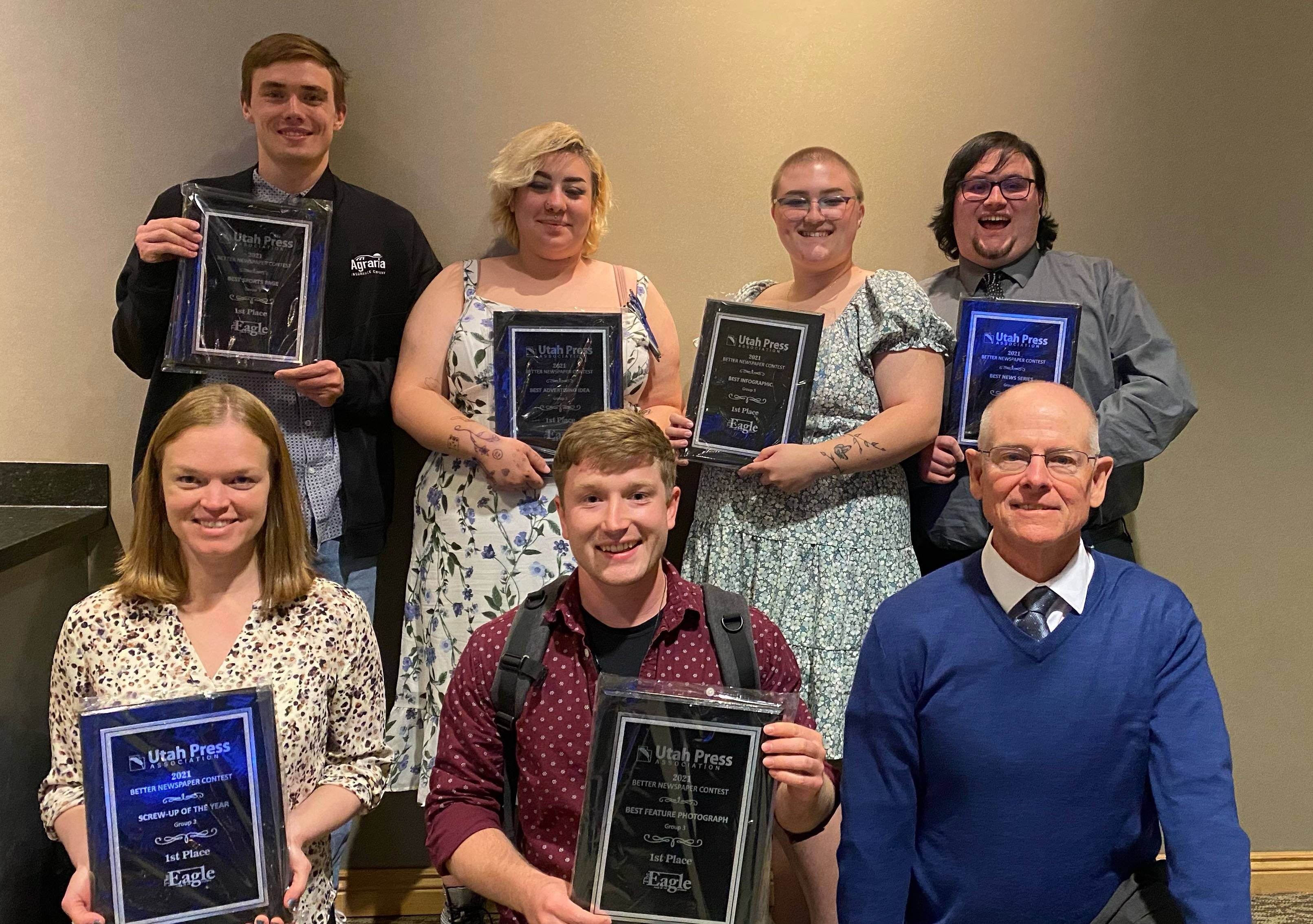 The Eagle, the student newspaper of Utah State University Eastern, cleaned up at the Utah Press Association 2021 BNC Awards Dinner, capturing first place in six categories.“This was the most first place awards we’ve ever received,” said Cody Phelps, managing editor, after making his last trip to the podium to collect yet another.


The Eagle finished second or third in 15 categories. It was first place in:

“I accepted the screwup of the year award,” said Del Jones, faculty advisor to The Eagle. “Try as we must, journalists and newspapers mess up all the time, and there is no better place to learn that than at a student newspaper.”

The Eagle finished second in five categories including lifestyle page of a Benson Sisters concert designed by Xris Phelps, sports story by Justice about the volleyball team on a hot streak, government/political story by Cody Phelps on the President Biden inauguration, photo page of a rodeo in the mud shot by Levan Hall and designed by Xris Phelps, and website by Les Bowen.

The Eagle finished third in 10 categories including best news coverage by the staff, news photo of a drone by Hall, sports photo of a soccer player by Grant, general news of a campus fire caused by an exploding battery by Cody Phelps, front page by the staff, community event of a mission trip to Dominican Republic photos and story by Maryn Stoddard, a staff-produced ad of the USUE cosmetology department, circulation promotion by the staff, business story about the campus tax program, and an in-house self promotion by Pendergast.

It was the first time in three years that the Utah Press Association Awards were presented in person. There wasn’t an empty seat in the house.