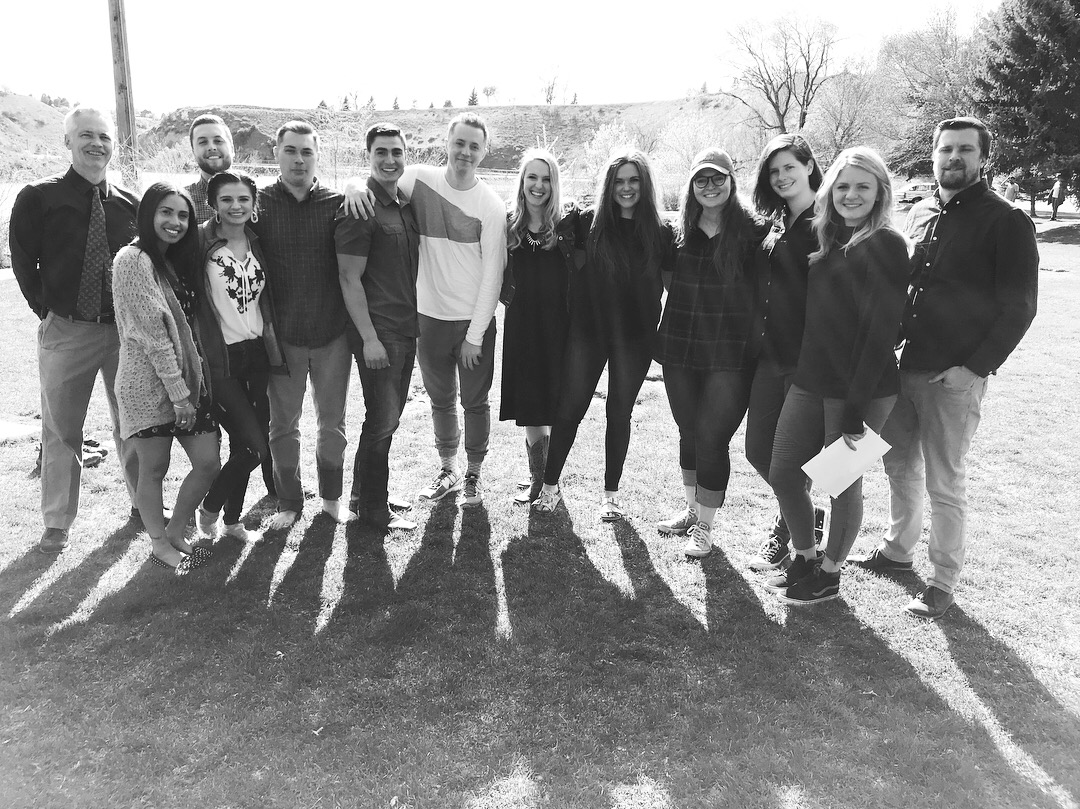 The students have earned nominations in the college-student category of the Emmy awards, announced Aug. 13 by the Rocky Mountain Region of the National Academy of Television Arts and Sciences.

Winners won’t be announced until Sept. 22, according to Brian Champagne, a professional practice associate professor in the Department of Journalism and Communication. But, he adds, “As they explain at the awards ceremony, to even get a nomination is quite an honor.”

The total of nine nominations is the most ever in the three years USU broadcast and other students have participated in the Emmy competition. The Rocky Mountain Region includes such competing universities as Arizona State University’s Walter Cronkite School of Journalism and Mass Communication, Brigham Young University and Northern Arizona University,

Eight of the nominations went to JCOM students. Champagne said a course on creating documentaries resulted in three of the nominations. Other nominees included Cache Rendezvous, a magazine-style news cast produced at USU, as well as its hard-news cousin, A-TV News.

The final Emmy nomination went to Austin Swainston’s short video, “Wheel Within a Wheel,” which premiered last March at the first-ever CHaSSy Film Festival, a video competition sponsored by the Department of English.

The other nominations went to:

Episodes of Cache Rendezvous can be seen at https://www.youtube.com/watch?v=yurwT-2QPpA